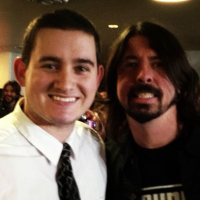 Checking in to see if anybody still had copies of the Coattail Riders songs Taylor originally had on his website in late 2004/2005? I held onto the couple of songs that ultimately never saw the light of day, like "Half As Much," and the songs with significant differences, like "Running In Place," but was curious if anybody had the full collection of the 12 songs that used to live on his site?