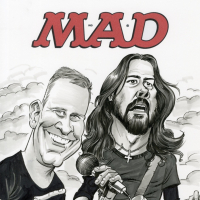 The complete rundown of this year’s nominees:

A voting bloc of about 1,000, described as including fellow artists and other participants in the music industry, will do the final voting on this crop, which was selected by a committee. There is also, of course, the famous “fan vote,” in which the general public can go online to make its selections, although that vote only caries the same weight as one of the 1,000-plus music industry votes. Fan voting will be open through April 30 at rockhall.com.